If its your first time traveling to Korea, then you might feel a little bit nervous about Korean etiquette.

We have the best guide to help you through the do’s and don’t in South Korea.

There are a few things to be aware of when it comes to Korean etiquette. It’s not a big deal if you can’t remember all of them.

We think it’s better for you to be informed, so you can leave a lasting impression on the new people you meet!

With this guide you will learn how to prepare for a trip to Korea so you can travel in a respectful and courteous way.

Let’s get stuck into the do’s and don’ts of things to do when in South Korea:

If you don’t already know,

On average a South Korean will drink 14 shots of spirits, namely soju per week.  That’s one hell of a lot of alcohol.

The most in the world in fact!

If you are fortunate to work at a company in Korea you will know about the dreaded- “Hoesiks.”

Once a month, but usually once or twice a week: co -workers, go out and eat a company meal together. The Hoesik meal, which is difficult to refuse, is about getting coworkers to open up.

However, saying what’s on your mind can sometimes be difficult.

Throw in some soju, and maekju, and you get one hell of a night.

What’s more, if you are come to work or study in Korea, then the chances of going to a Hoesik is pretty much guaranteed.

So before attending, here are some useful tips to be aware of:

Now that’s out of the way, let’s move on to drinking the alcohol.

After knocking back the soju, in Korean culture it’s always good to say: “gomabseubnida.”(Thank-you)

2. Do Learn Some Basic Korean.

Nobody is saying you have to speak like King Sejong. I’m certainly not. But just being able to read some of the basics to help you around the subway or ordering from a menu will help you tremendously

Here is a guide to start you off with some basic expressions.

If you’re writing a card for someone, make sure it’s not written in red ink.

Koreans are somewhat superstitious about using red ink. This is because people wrote the names of deceased family members in red ink.

With that in mind, many also believed writing a persons name in red would bring bad luck, and even death to that person and their family.

I think these days people wouldn’t think you were wishing harm upon them, but it would still be a shock and seen as rude.

4.Street Food Is Usually Cash Only.

Street food is always cash only, unless advertised. I know in China, people use We-Chat to pay for street food.

However, that trend is still to catch on in Korea. It’s also best to use the smallest notes possible, usually a 1,000 or 5,000 bill.

5.Take Your Shoes Off Before Entering A House.

Even in schools, teachers and students swap their shoes for flip flops and sandals before entering.

It’s well-mannered and good Korean etiquette to remove your shoes, and leave them at the door when you enter a home.

This custom dates back centuries, when Korean’s ate and slept on the floor- some still do. Therefore you can see why it is considered rude to walk straight in without removing your trainers.

If you are coming from the West, or Singapore in fact, you’ll be already accustomed to the idea of smoking in a designated area.

A smoking booth at a bus station

Many cafes, bars and restaurants have designated areas for you to smoke. Although, you will probably find a few locals particular older individuals flaunting this rule and smoking on the street.

7. Respect The Way You Handle Your Chopsticks.

Korea like Japan and China attach a symbolic meaning to chopsticks. If you have grown up in an Asian country then you might be familiar with some.

Just like in the U.K you wouldn’t hold your knife and folk in the opposite hand when eating; well Koreans also have some dining etiquette. Here a few rules:

This, like in Japan, is a taboo and is a ritual reserved for funerals. It can be a direct reminder of death and bad luck.

This is bad manners. It shows you have no idea how to use chopsticks.

I think Koreans would be very impressed if you master the form of using Chopsticks. Especially if it’s your first time in Korea.

If you don’t already know how to use them, read this instruction guide.

8.Resist The Temptation To Talk Loud On Public Transport.

In the west, traveling on the bus or train isn’t a silent experience. The teenagers at the back of the bus are blaring music, and the old folk at the front are chatting away.

However, in Korea it’s uncommon to hear a single conversation when traveling on public transport, especially on the inter city buses.

It could be first thing in the morning, mid-afternoon, or late at night and the bus will be silent; apart from the occasional grunt, cough or sneeze.

It seems Korean’s like to travel in silence, or maybe it’s the hangover kicking in from the previous night’s dinner. It’s best to respect Korea etiquette when riding the bus, otherwise you might run the risk of being scolded and kicked off by the driver.

9. Do Take Advantage Of Spending A Long Time In Cafes.

Unlike in the UK, where going to a café shop is usually a pit stop to refuel while out shopping. Many Koreans spend endless hours in cafes using the ultra fast and free Wi-Fi.

There is no time limit for how long you can spend in the café, and you don’t need to keep buying drinks.

If you are on a limited budget; one Americano will suffice.

10. Do Learn Some Basic Korean.

Nobody is saying you have to speak like King Sejong. I’m certainly not. But just being able to read some of the basics when getting around the subway or ordering from the menu will help you significantly.

Here is a guide to start you off with some basic expressions.

Although in the USA and Europe tipping is expected when you wine and dine. Here in Korea it isn’t a necessity.

More so, it can be considered an insult.

I’ve seen tourists tipping staff, only for the staff to chase them down the street thinking the customers forgot their change.

Korean etiquette seems vastly different when you think about this point.

12. Korean Etiquette in business: Learn How To Bow

Bowing is important in Asian, and especially Korean culture.  The most useful information you need to know is when to bow.

There are many situations when you might be required to bow but usually when:

When meeting someone for the first time or saying goodbye, resist the temptation to wave.

It’s generally a good indication to bow when someone bows to you.

13. Try And Use Kakao Taxis When Getting A Taxi.

If you are not adept with Korean then you might struggle to get your final  destination across to the driver.

Instead it might be useful to use Kakao taxi.

I will be making a guide on how to install and use it on your phone.

Just like Uber, you don’t have to say anything other than hello and then pay the taxi driver at the end.

14. Use Two Hands To Accept Cards And Gifts

In Korea it’s polite to accept things with two hands rather than one. It’s just one of those cultural nuances that is important and sometimes overlooked.

When i first moved to Korea i didn’t realize the importance of this.

Receiving:  gifts, alcohol, food with two hands is common practice. Trying to remember is harder than it sounds.

Rules are set but not always followed In Korea, but jaywalking is a rule you shouldn’t break.

Unlike in England, where there is no penalty for jaywalking, here in Korea it can be a $50 fine.

Not to mention the chance of a quick death.

Roads in Korea are not the safest. Car accidents are frequent. Therefore waiting for that green color to show is important.

Always double check, and even triple check when you cross the roads in Korea.

Just keep an eye out on the green man.

16. Hold Onto Your Trash 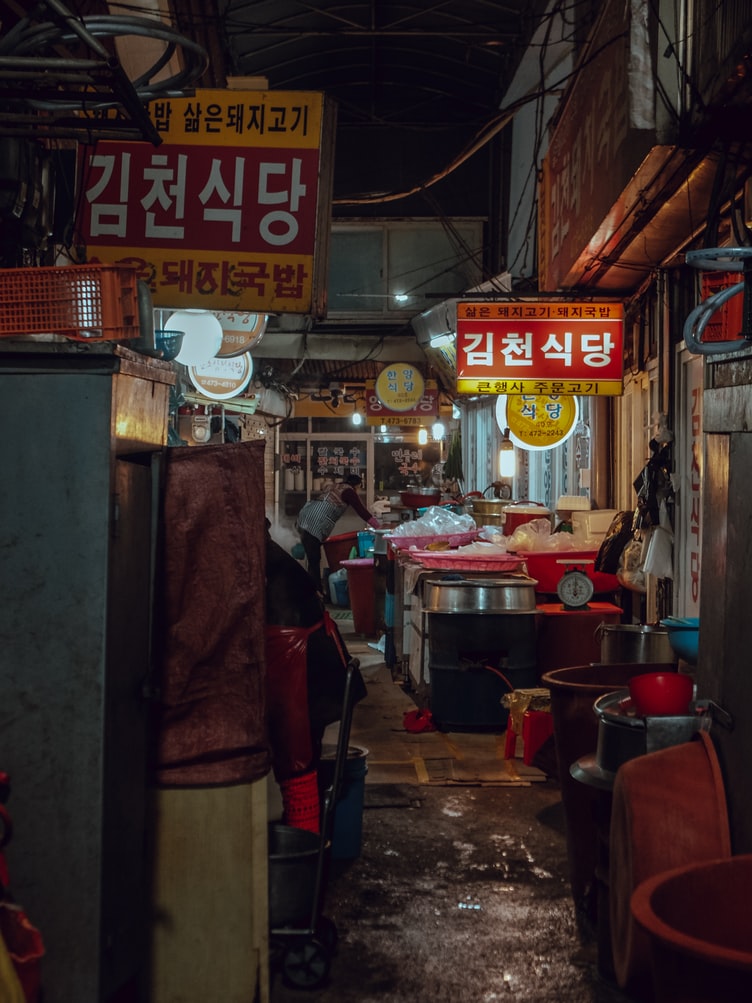 Bins are hard to find!

Therefore it’s important to keep a hold of your trash. Sometimes you might see a white trash bag on the side of the road. You could put your trash in there but on the main streets you can’t always seem them as they are tucked down the side roads.

Bins can be found in convenient stores, and it’s advisable to carry your rubbish until you find one. Try and resist the temptation to litter despite the lack of trash cans.

When traveling around in Korea you might struggle to find tickets at specific times. This is especially true on the weekends and during the holidays like Chuseok.

If you travel to say Sokcho for the weekend, and want to come back to Seoul on the Sunday, make sure you book your return ticket in Advance.

On a Friday night the KTX- Korea’s bullet train and inter city buses leaving from Seoul sell out quick. So book one or two weeks in advance.

I hope this guide to Korean etiquette has given you the confidence to travel around Korea.

Despite a few differences,  learning some Korean manners can go a long way.

What’s more If you can follow some of these tips, you won’t have any problems with making a lasting impression.

If you have already been to Korea, I would love to hear about some more things so we can add them to the list.

Watch All Your Favorite Shows On Netflix Anytime, Anywhere

RSS Get our latest news!

Watch All Your Favorite Shows On Netflix Anytime, Anywhere

RSS Get our latest news!